Small walking in European little city with Christmas spirit, houses dominated by woods and bricks, snowflakes pouring down from the sky, and gripping cup of hot chocolate. That is a perfect and overrated imagination of mine which fortunately becoming real. Moreover, it becomes very memorable and unforgettable experience!

Nurnberg
Honestly, I never heard this city before until my best friend told me about the popular Christmas market there. Indeed, after I searched again and again, I found out that Christmas market there is one of the biggest markets in Germany. On November, I didn’t think twice to book the bus ticket and room. 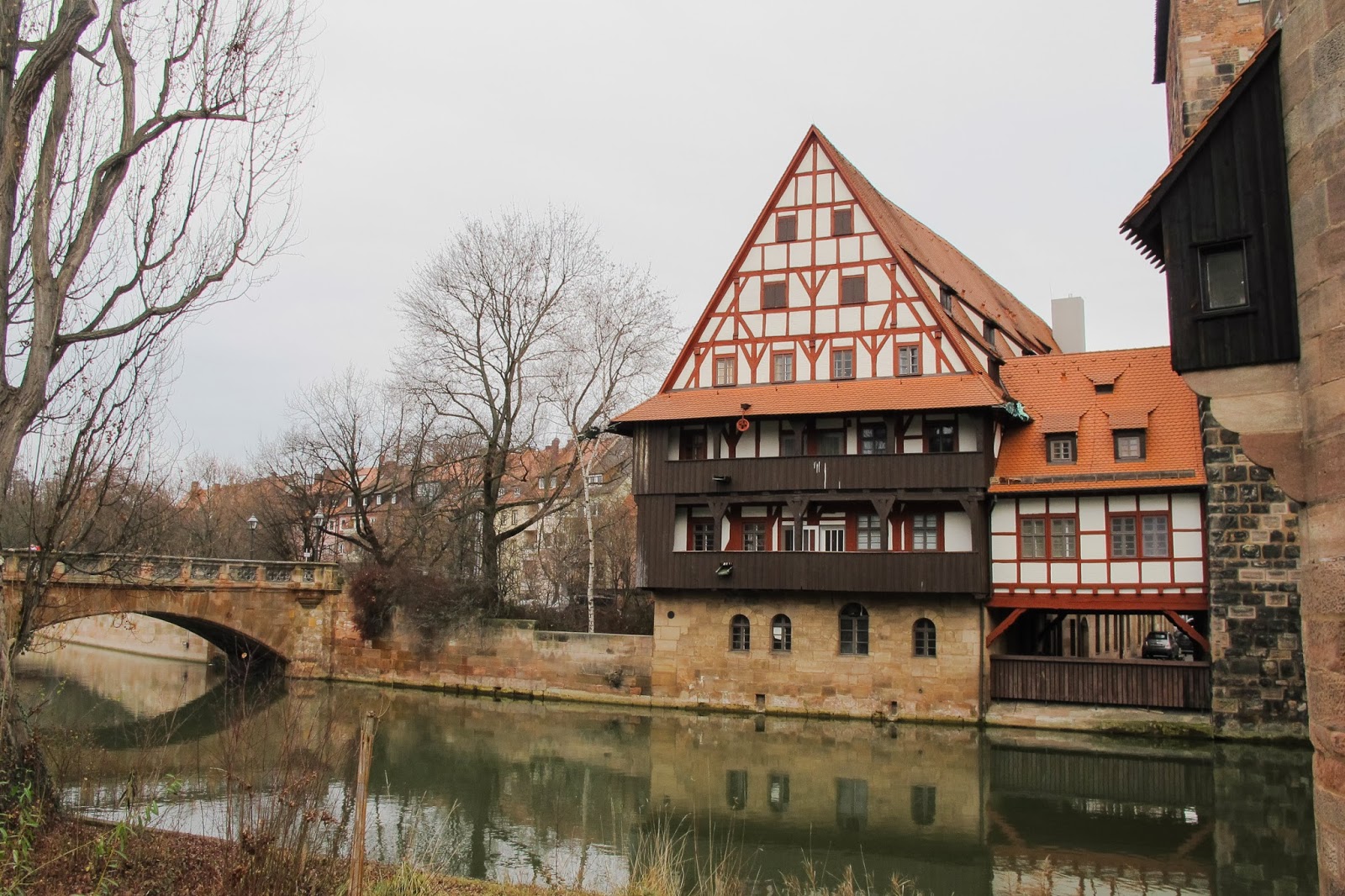 Christmas Market
This memory will stand still in my mind every day, every time, Christmas Market. Tough I heard that it is too over-rated (due to more than 80% of visitor is local and outside Germany), it didn’t stop my intention. The market took place in the main square of Nurnberg, and inside the area, it was also divided into some zones too. There were only two areas which interest me most, general zone and Christ kindle. For the stall itself, it was constructed by wood (brings more homey sense) with jaunty red. 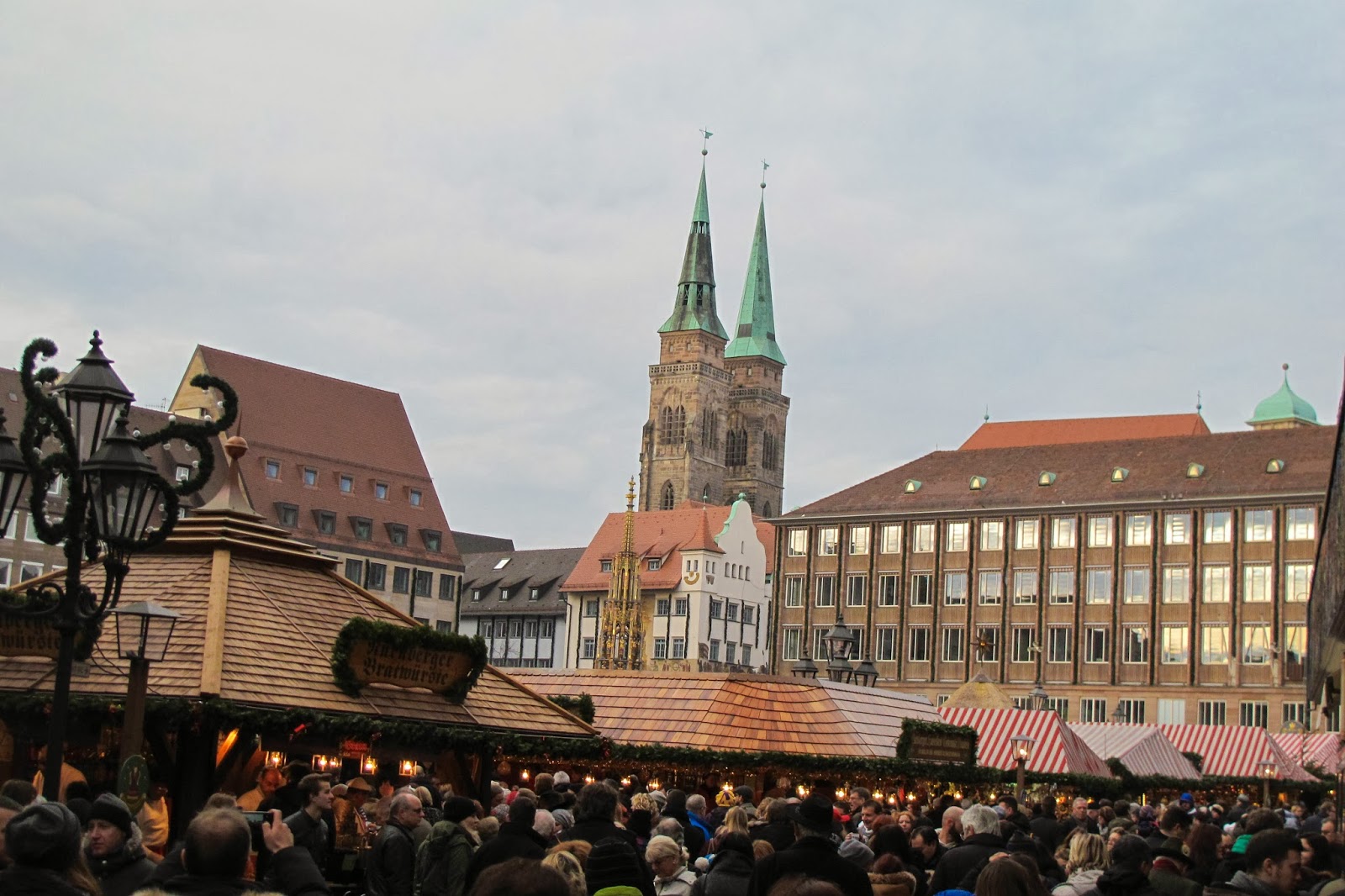 Walking around Christmas market, I believe that not only me but the other visitors also focusing our sight to the Christmas treat placed at each stall. You can find them mostly made by wood, some of them from ceramic and plastic. Two words to describe it, drooling and overprice at the same time. I am giving simple example, when you compare the same thing from stall with one in the real store, the difference could reach 20-40%  The fact is that you pay more for the same thing just because the shopping sensation in the Christmas market! Before I forget, force yourself to buy mini ornament made from wood. It is uber cute! J 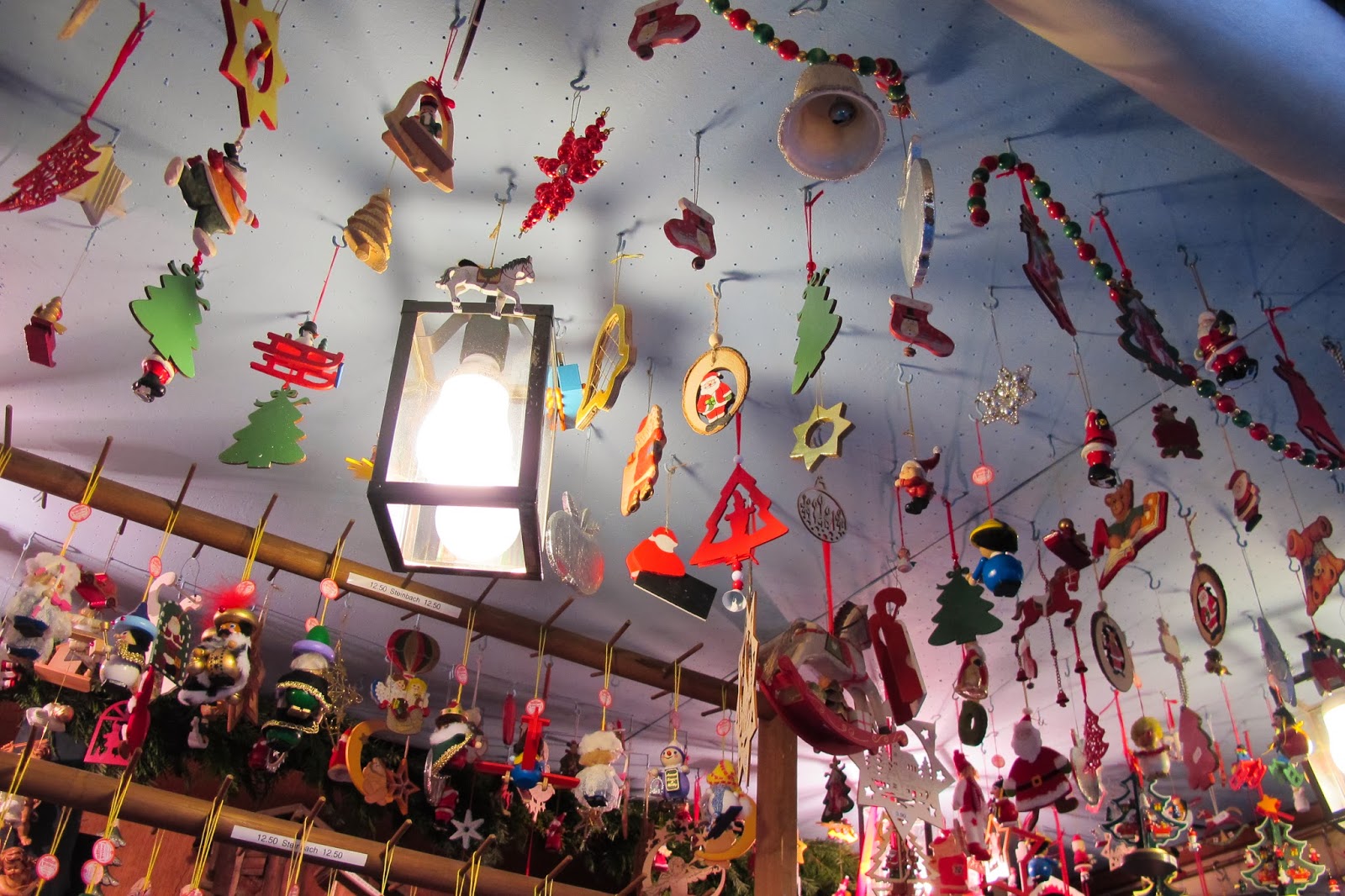 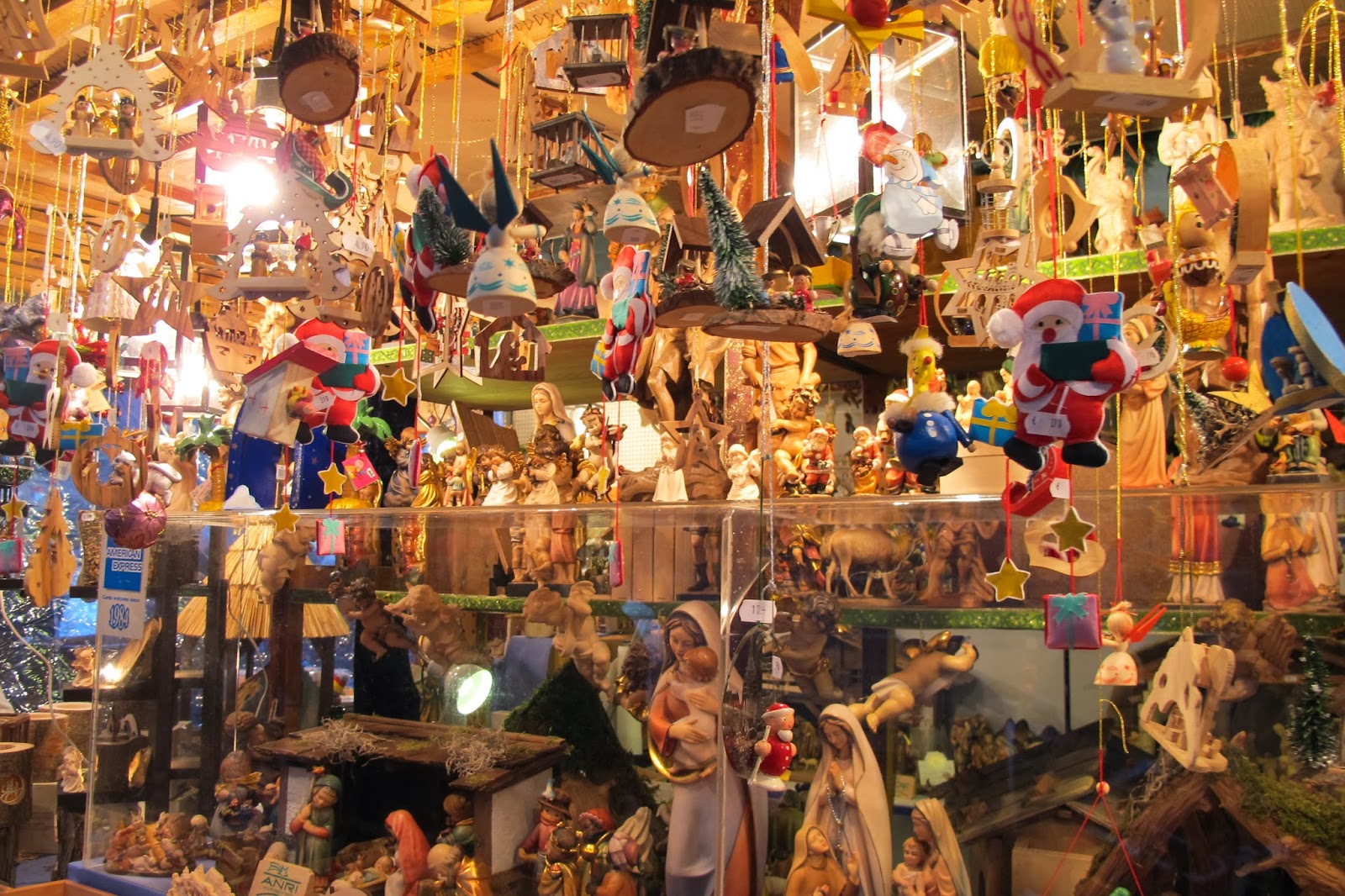 Another part big part from this giant Christmas market is the Christkindle. As I tell you before, it was special zone which served children as their main customer. That’s why you can find more cute Christmas decoration at the top of the stalls, kids playing arenas like mini ferry wheel or giant merry go round (it was two-tiered! Can you imagine it?), photo booth, and display for steam railway (super lovable!). It is a perfect getaway for family with small children. 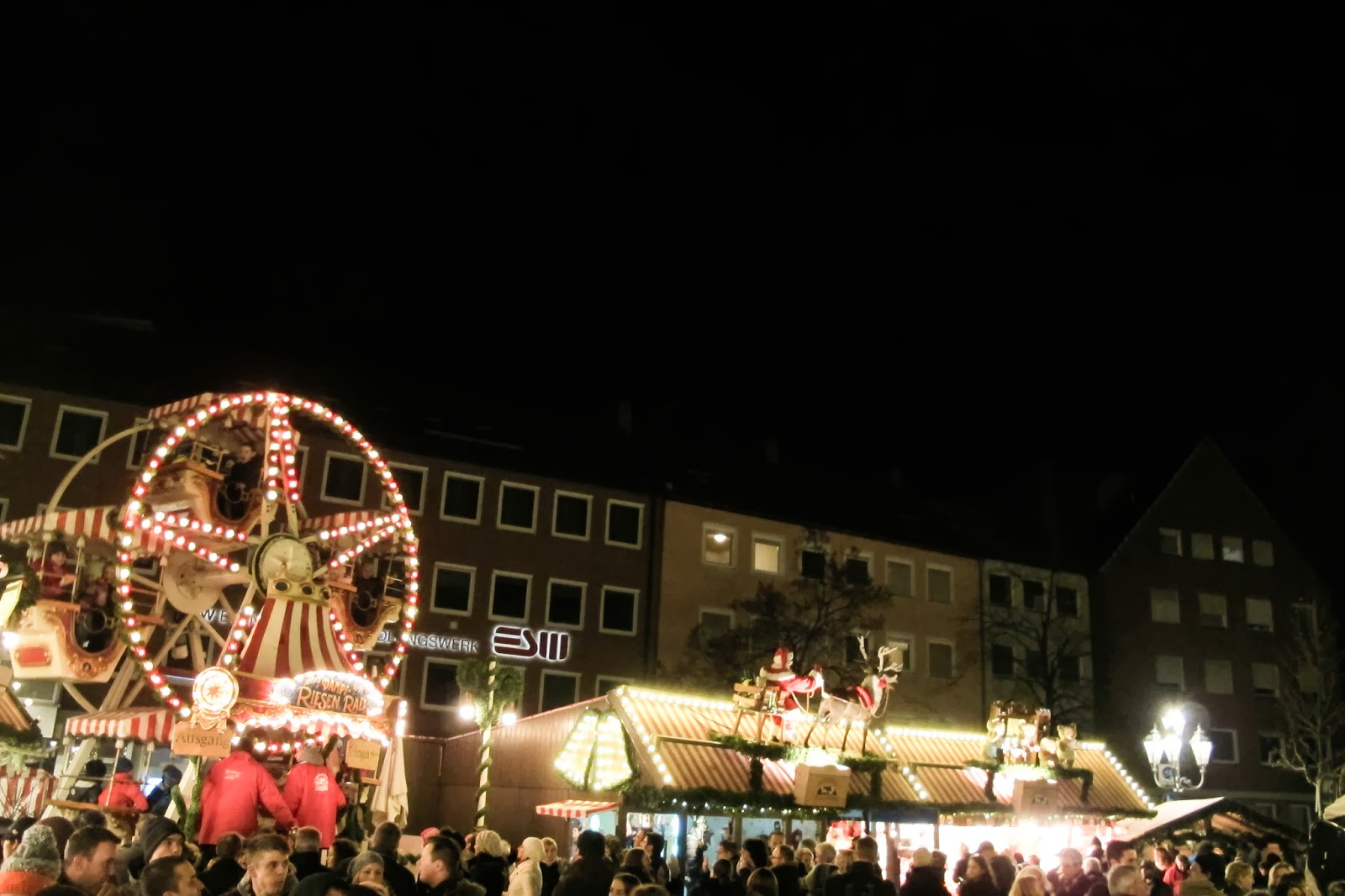 Christmas Treat
Other thing to be noted must be the Christmas food or snack or beverage. First one is Gluhwein, totally must be listed on your list. It was made with red wine along with various spices and raisins. It was served warm and not that alcoholic (in my opinion). Hence, there was a special mug for gluhwein. That’s why if you want to buy the gluhwein you have to deposit around 3-4 Euros for the glass. Since it was an iconic glass, most of people brought home those glasses as souvenirs. J

What’s next? Lebkuchen, which was the most popular cookie from Nurnberg in Christmas time, was the second dish had to be tried! Basically, it was made from (not-too-sweet) ginger dough baked with a bit hard outside but soft inside and almond at the top. The taste was so damn good! And it was quite pricey (again!) for one piece that cost you around 2 euros. 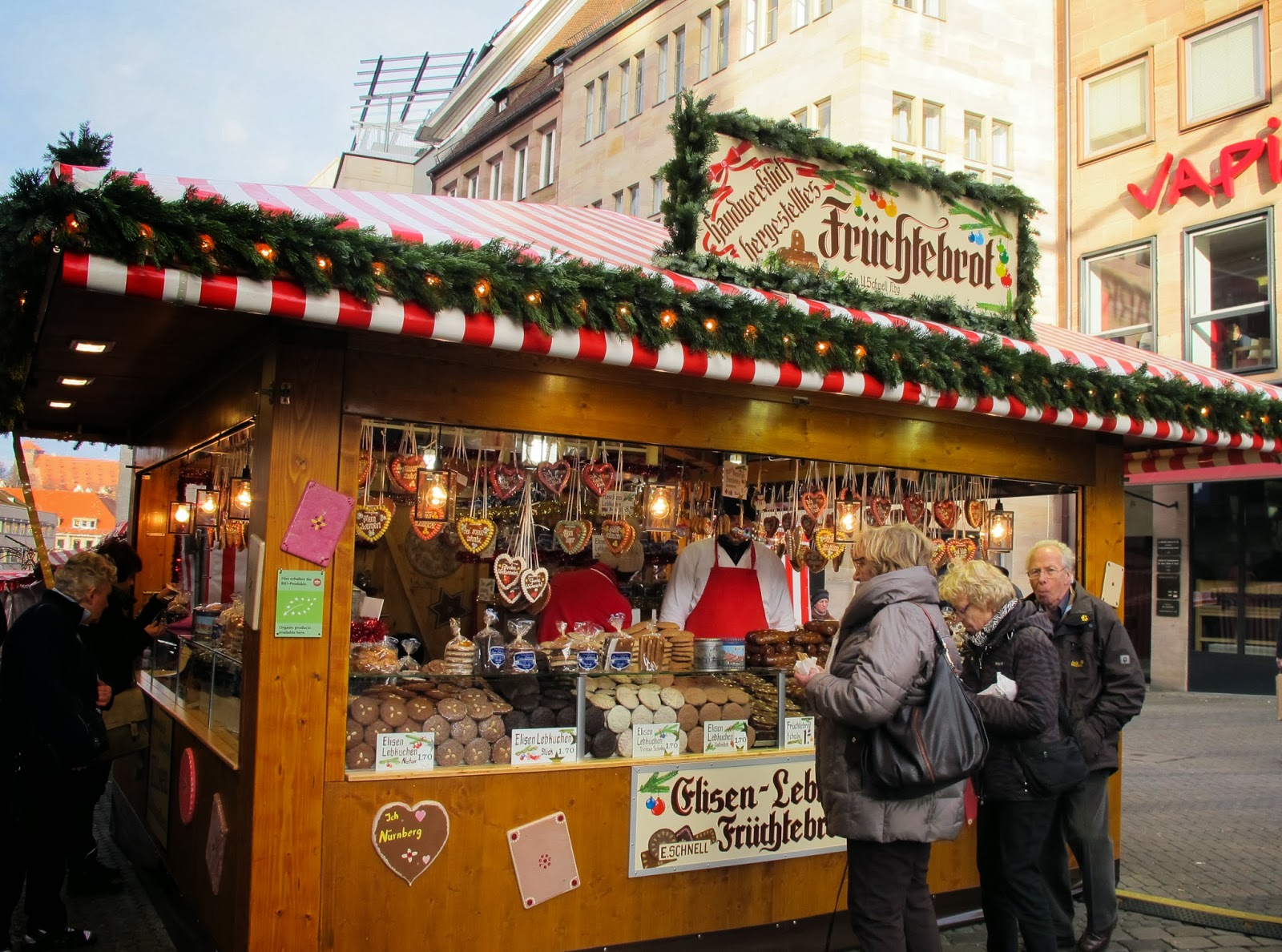 Next one was Bavarian white sausage or called weisswurst, usually eaten with kind of burger bun. The special one was when you put kind of hot Bavarian style mayonnaise sauce. Since it tasted like wasabi (the hot paste from Japan), I was positively (not) enjoy it at most. Can you imagine it? Hahaha.

The last one and the most recommended one was Damfnudel. It was kind of pao (if you familiar with Chinese food), white bread roll which steamed first and served with special sauce. Commonly, you can choose whether it is served with vanilla sauce or berry sauce. You will also have sugar and cinnamon powder as the topping. Perfect at cold weather J 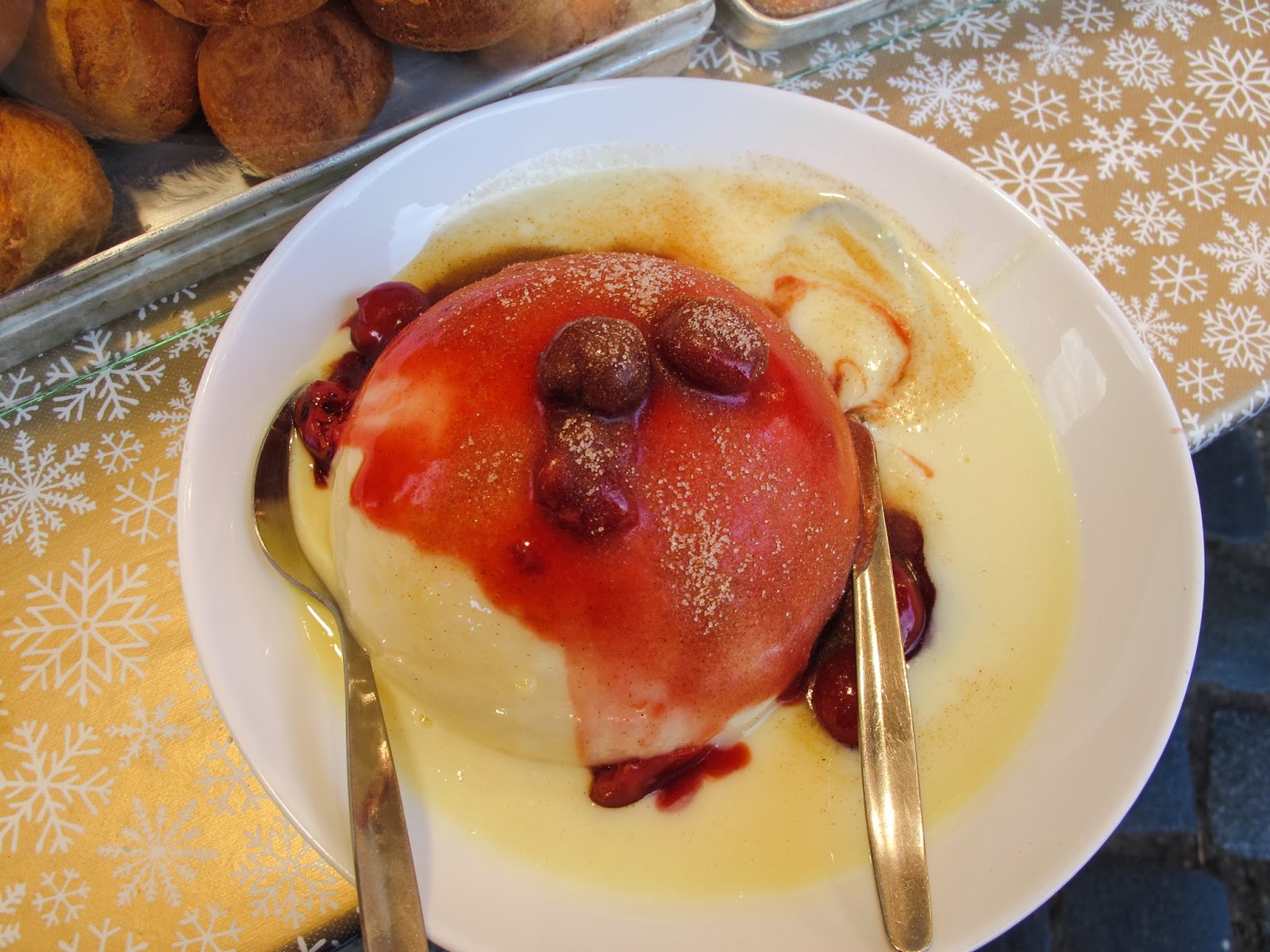 Handwerkerhof at the Koningstor
It was the area which successfully brought pleasurable and cozy feeling at the same time for me. Honestly, it was only small block with two alleys; however I love the concept of decoration of the stores as well as the ambience of this block. The buildings showed medieval sense combined with wood element. Besides, you can found traditional craftsmanship and typical product of Nurnberg which sort of pottery and silver items, gingerbread, and doll in that pretty stores. As the result of it, I strolled around this block for more than an hour. No regret at all. 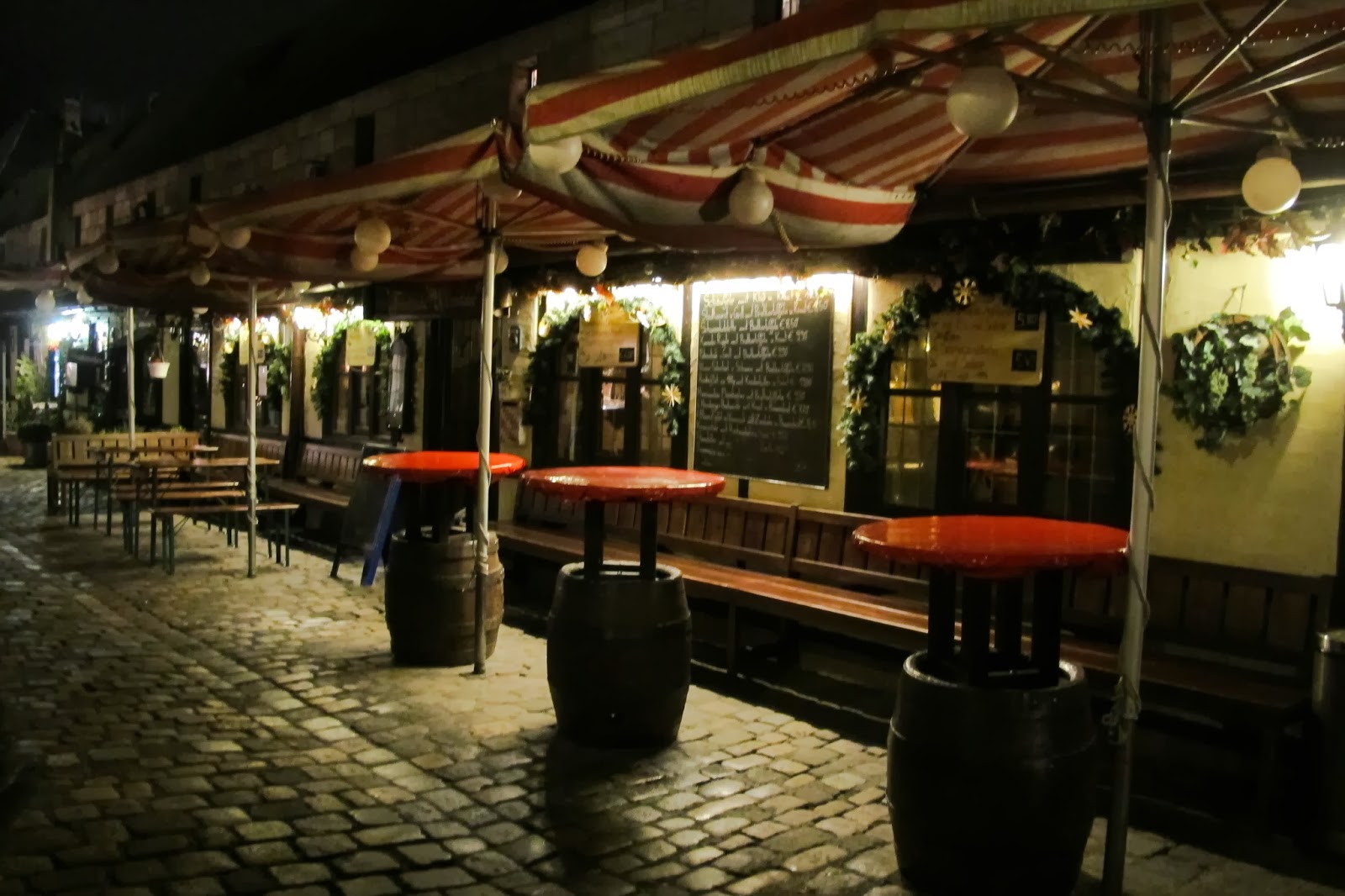 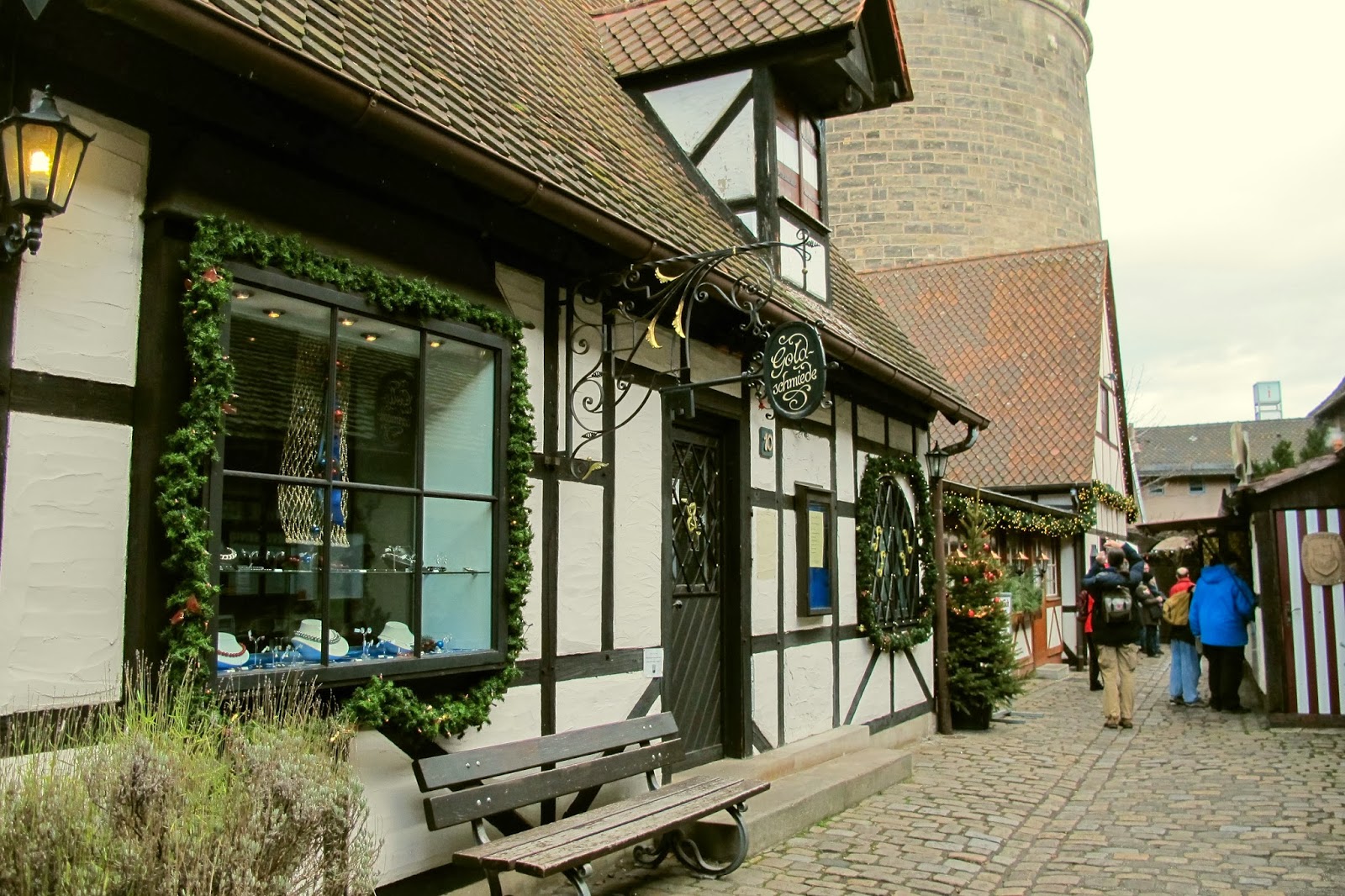 I make a promise; I must not plan to go Nurnberg again next time. Having created amazing memories on December 2013, I want this memory to be the one and the last one for me.
Label: christmas, europe, travelling
lovely created by liz di 10:05
blazzing comments (4)